Hidden in the woods, not very deep though. Surrounded by a fence, not exactly effective to be honest. You feel quite surprised that this is a part of a military base (still active, just a mile further).

These oil tanks had been build by the Germans during World War 2. They had fuelled German battleships including u-boots. Well, as some may know, the Germans had not exactly succeeded in the war, so many facilities had been deserted. After the war the Polish used them to store some other materials. For some reason it was not worth doing anymore, so they left it as well. I do not know how long have they stood empty, but I guess a while. Long enough for some satanist wannabies to paint pentagrams and inverted crosses on the walls and do whatever they do beneath them.

Before going to the main attraction there is a little appetizer in the form of small tanks just beneath the ground level (first 3 pictures). Especially if you do not know what to expect from the site in general, these are worth visiting first. We have entered the main facility through a small square hatch with a ladder. Just later we discovered that from another side one could actually enter via huge gate… Anyway, as you go down the ladder your hopes get lightened up, as it is around 10 meters down and you have to choose which level to explore first. The lower one is made of very long corridors leading from one tank to another, all connected in the pumping station. There one can still find huge engines (incomplete), some pipes going in different directions (most of them have disappeared on account of scrap-collectors and their incredible powers…) and a meter of water on the bottom. I would not be surprised if it burned if you threw a match in it.

Everything adds up to at least a few hours of exploring. When you are done there is nothing better then having a beer on one of the tanks with a view on Gdynia’s harbour 🙂 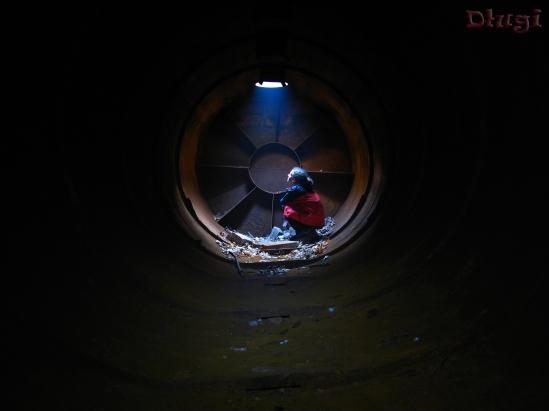 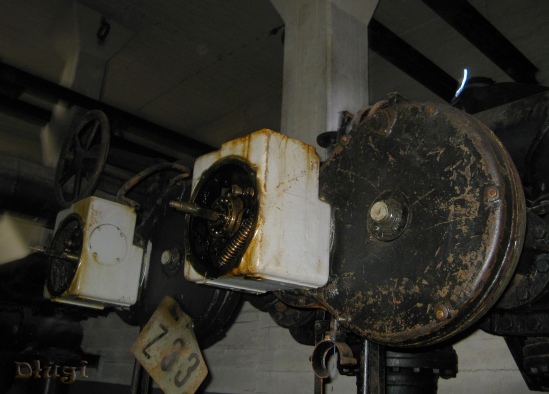